Tricaprilin: the induction of ketosis

Leveraging the physiological ketone system to provide fuel for the brain is a promising approach to addressing deficient glucose metabolism that is characteristic of numerous neurological conditions.

The Ketosis Strategy in Alzheimer's disease

Cerecin's investigational product, tricaprilin, is a highly purified proprietary, oral formulation of a medium chain triglyceride, which has been designed to induce ketosis and thereby improve mitochondrial metabolism.

Subsequently, a Phase 2b multi-center, double blind, placebo-controlled 90-day study was conducted in subjects with mild to moderate Alzheimer's disease in the US. In the prespecified APOE4 negative population, a statistically significant change vs placebo was seen. 2 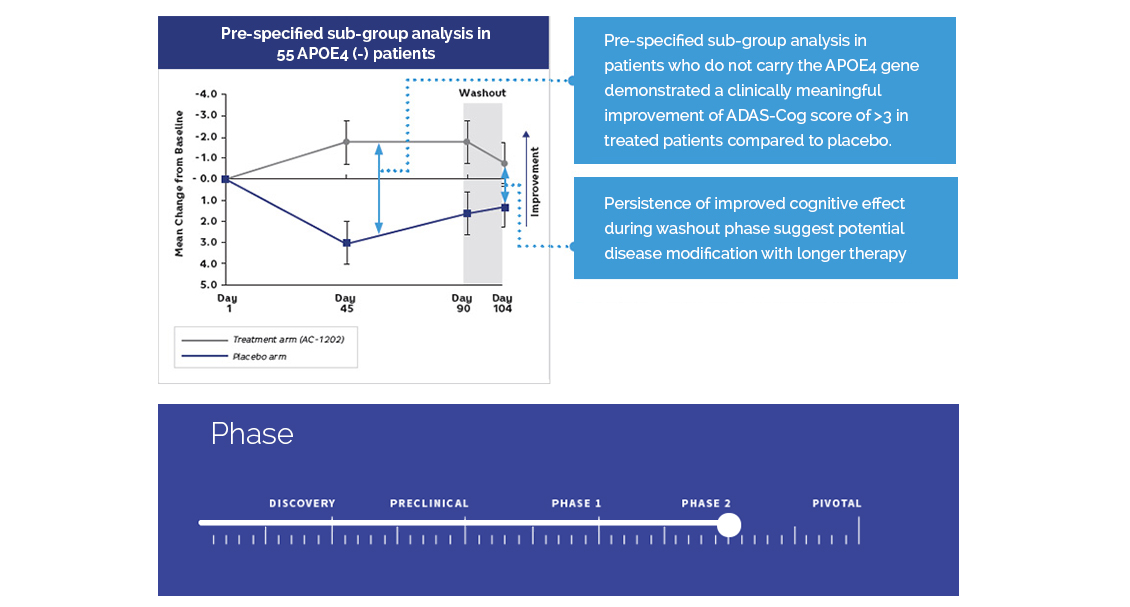